The Hectonian Wave is the Flux used by the Elektras. It takes the form of a wave of water surrounding the players and the ball. Yuki manages to master the Hectonian Wave, being the only non-Hectonian player who manages to control it seen in the series. It is also collected from her to create a Multi-flux.

The Hectonian Wave has a special story: because Hectonia is very far from the rest of the galaxy, Elektras didn't have a flux until, after a period of hard work, they managed to awaken it.

The Hectonian wave is the only flux which can be used in common. Also, it gives the user unique water powers such as: 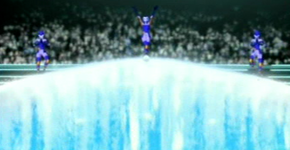 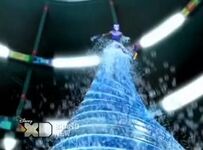 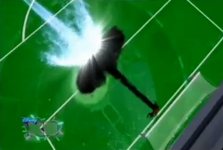 Retrieved from "https://galactikfootball.fandom.com/wiki/Hectonian_Wave?oldid=11703"
Community content is available under CC-BY-SA unless otherwise noted.