The Lightnings are a Galactik Football team and one of the most popular in the galaxy. All players on the team have blue skin (making it difficult to determine their uniforms from their skin) and are all masterful football players. Their captain is the astounding Warren who was the galaxy's favorite player in Season 1. The flux used by the Lightnings is The Charge.

The Lightnings are first seen in The Comeback when they are playing a match, in season one, people believed that they were the favorites to win the Galactik Football Cup, after they won it twice. Warren is the most well known player of the lightnings and seen quite frequently off pitch and is good friends with most of the Snow Kids.

The Lightnings are known for their fair sportsmanship and normally always follow the rules of Galactik Football. They also help other players on opposing teams to their feet.

According to Nikki, the only way to beat the Lightnings is by using speed and keeping the ball in move a lot. That strategy worked very well as Team Paradisia won the match.

The Lightnings use their Flux to move extremely fast. They tend to pass a lot, as their strategy is almost always the same: the defense gets the ball, pases it to Warren who scores. This strategy however was countered by Team Paradisia's pass system. 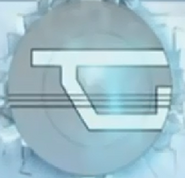 Retrieved from "https://galactikfootball.fandom.com/wiki/The_Lightnings?oldid=13388"
Community content is available under CC-BY-SA unless otherwise noted.